Fact or fiction? Who cares? 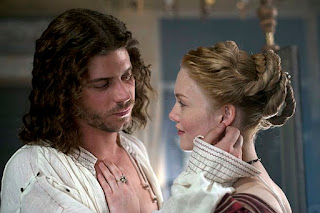 Yay!  The Borgias are back!

Monday evenings have perked up no end, now that Cesare, Lucretia et al are back on Sky Atlantic.  I love it.  I love its energy.  I love the acting (Jeremy Irons seems to have no vanity at all.)  And I love the way Neil Jordan and his writers don't let facts get in the way of a good story (there's no historical evidence that the Borgias resorted to poisoning, murder and extortion to support the Papacy - or of incest either, for that matter.  But who would want to see that on tv?)

'The Alchemist's Heir' is set in Florence some 40 years after the Borgias had Rome by the throat.   There are similarities.  One of my main characters is a ruthless Cardinal who uses his daughter - and everyone else - for his own nefarious ends.  And, of course, there are poisonings, stabbings and seductions galore.  It is Renaissance Italy, after all.

Telling any kind of historical tale inevitably raises the spectre of research.  How much do I need to do to bring it alive?  How much should I actually show in the writing?  I'm having to feel my way by trial and error.

The novel features some real historical characters - Benevenuto Cellini, Cosimo di Medici and Michelangelo - so I can't ride completely roughshod over the known facts.  And of course I've discovered lots of delicious little bits and pieces that I'd love to shoehorn in there  (Renaissance ladies, for example, used to bleach their hair with nuns' urine.  True.  Ok... maybe not true, but it should be.)

There have been times when the whole story has got horribly bogged down by fact.  The only solution was to sluice it out, see what was left sticking to the walls, and hope that was going to be enough to give the novel the right flavour (er... scent?)

So... I'll continue to tread that line between fact and fiction, taking lessons from Jordan the Maestro on a Monday night.

Bring it on, you bloody Borgias!

The Borgias Season III
Posted by Unknown at 04:38 No comments:

Now that Monday's euphoria (and champagne headache) has worn off, reality is setting in about the work that needs to be done to 'The Alchemist's Heir' to get it publisher-fit.

It reminds me of an old (and possibly apocryphal) Ad Agency conversation...

Account Exec (to Creatives) - 'The client LOVED the concept using Max Wall and the parrot. He'd like us to look at it again - without using either Max Wall or the parrot.'

It wasn't quite that bad, but... it's fair to say that it won't be a 'clap a sticking plaster on it and hope for the best' type rewrite, but a 'let's get bloody up to the elbows and hope the patient doesn't die on the table' one. 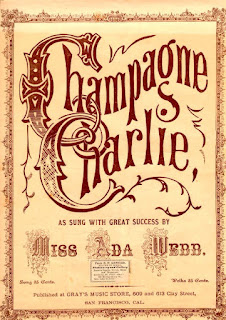 The very nice man at A.M.Heath did indeed pop the question.
To which I answered 'I do' (natch!)

Cheers, Charlie!
Posted by Unknown at 11:19 No comments: 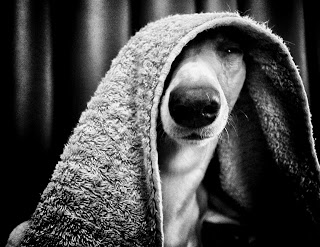 I'm violently allergic to Lycra. And to sweating in public.  If it wasn't for this little lady my backside would be the size of a 4-berth caravan.  Thanks to Bonnie, it's only the size of a 3-berth one.
Posted by Unknown at 06:28 No comments: 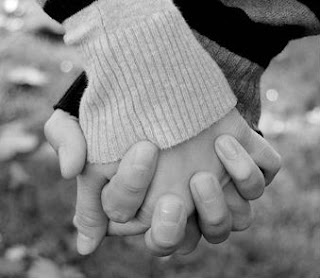 "OMG!  He asked me out!  I don't believe it.
And I was, like, sooooooo shocked I just stood there....
with my mouth hangin' open, like a balmpot."

I must have done something right with 'The Alchemist's Heir', because I've just had THE PHONE CALL.  An agent wants to meet me, to talk about the book.  We've set a date.

I feel like a teenager again.  Will he like me?  Will I like him?  What if we don't have anything in common?  What if he wants to take liberties with my plotting?  I suppose I might let him.  But what if he wants to touch my prose?  Is he just toying with my affections, or could he be THE ONE? 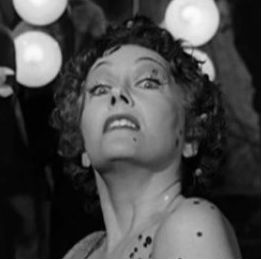 Was 'The Alchemist's Heir' ready for its close-up?  God, I hope so.

After several serious rewrites (including chucking out 30,000 words to write a different ending) I'd reached the point where I was fiddling with sentence structure for the sake of it, and obsessing about the teeny-tiny stuff.  I could have put it in a drawer for a month or two, and come back to it with a fresh eye for (yet another) go-through.

But I decided instead to put a toe in the water and send it out to a couple of carefully selected agents.

To be honest I've been writing this novel for so long (about five years, off and on) I thought I'd explode if I didn't get it off my desk, if only for a month or two.

So, into Agent-land it went.. I think we're ready for our close-up, Mr de Mille.

#findinganagent
Posted by Unknown at 01:55 No comments: 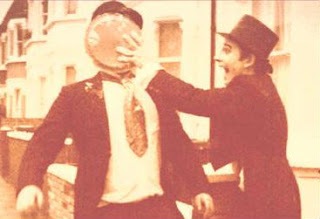 It's back to the drawing board for Harry Pilgrim.  Well... not the drawing board exactly, but somewhere not too far from it.   Thanks to some fair but pretty far-ranging editorial comments from a man who knows what he's talking about, the flaws in the novel are now waggling their fingers and blowing raspberries at me.

Lack of focus is the main problem.  I have two many point-of-view characters and too many subplots pulling in different directions.  If I can't re-align them so they're pointing the same way, I'll have to strip them out all together, to keep the focus on Harry Pilgrim.  Which effectively means chucking away two thirds of the novel.

www.videojug.com/film/how-to-clown-about-with-custard-pies
Posted by Unknown at 02:16 No comments: